Over the centuries, there have been many notable men who have risen to prominence because of their strength of character, their convictions, or their achievements in their chosen field. While their traits and successes are often worth celebrating, the main reason they are remembered comes down to one thing — their memorable beards. There have been quite a few famous beards throughout history, and at Beard Octane, we like to think that if these men were alive today, they’d definitely choose our beard grooming tools to maintain their historic facial fuzz.

Sigmund Freud was an Austrian neurologist who lived from 1856 to 1939. He developed the practice of psychoanalysis, which studies the unconscious mind and how it relates to our everyday drives and desires. Freud also developed the theory of the human psyche divided into three parts — the id, the ego, and the superego. He did all of this while maintaining a superb chin curtain that was kept neatly trimmed, making it a beard of which any mother would be proud.

Johannes Brahms was a German composer who lived from 1833 to 1897. He is one of the most famous composers of the Romantic period, and although he was born after they had died, is often grouped with his fellow Germans Beethoven and Bach when his name is discussed (but neither Beethoven nor Bach had impressive beards, so we’re not going to talk about them any more in this post). His most famous works include his Symphony No. 1 and Variations on a Theme by Haydn, and he composed many pieces of music while sporting a beard that he likely combed every day.

No list of famous beards would be complete without the 16th President of the United States. Abraham Lincoln lived from 1809 to 1865, serving as President from 1861 to 1865. He is perhaps known for both his beard and his stovepipe top hat, but since we’re talking about beards, the nod for notoriety goes to his whiskers. Remembered as one of the greatest Presidents to have ever lived, he led America through the Civil War and gave one of the most quoted speeches in history with his Gettysburg Address in 1863. Stories have it that Lincoln grew a beard following the request of an eleven-year-old girl named Grace Bedell, who thought Honest Abe would look better with some facial fuzz.

You may not have the long, luscious whiskers of Brahms or the recognizable chinstrap of Abraham Lincoln, but you can create a beard that looks great every single day. Whether you’re growing out your beard or you want to keep it neat and tidy like Freud, Beard Octane can help you find the appropriate grooming tools, including beard combs, brushes, and more. Look through our online catalog today to find the perfect options for your daily beard regimen, and please let us know if you have any questions.

We look forward to helping you create a historic beard!

Let customers speak for us

I like the wash and the way it leaves my beard after using the wash. The oil. I only used twice, I don’t like the smell. My wife hates it.

Beard Octane has amazing butters, brings a softness to my beard like none other. This particular combo and the price is on target ! 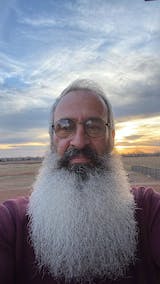 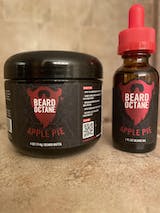 This candle smells great ! Can't wait to try the other ones!

Great product, but not a big fan of the scent